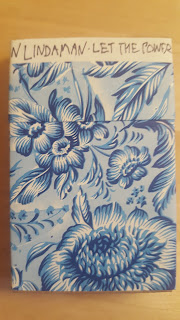 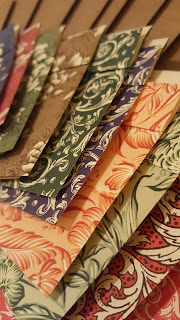 Looks like I've been remiss in updating this thing, but it's a whole new year! Okay it was a month ago, part of the problem here. But since last we spoke, I put out a cassette on the amazing Oxtail Recordings with the astounding Luciernaga, did a bunch of shows with those guys and my main man Hampus Öhman-Frölund, and saw a bunch of other people play some amazing shows.
Now I've got a new one for you: Let The Power Fall Again, which is my cover of the album "Let The Power Fall" by Robert Fripp. It's the first cassette in my new Next Guest series, and my first self-released cassette in like 25 years, so why don't you go pick up a copy? The cassette part is a limited edition of 25 , with unique hand-made paper packaging for each one. (You can also just buy the digital version if you are one of those people who doesn't even have a cassette player anymore, but I personally find it more enjoyable to have a physical object connected with a release, so I would probably buy it even if I didn't have a cassette player.)
The original album is one of my all-time favorites, and in recent years I've really felt a push to engage with it in a more direct way; hopefully it speaks to you the way it speaks to me.
Up next in the Next Guest series: a cassette split with Nightgown, coming in early March.
Posted by jlindaman at 8:05 AM