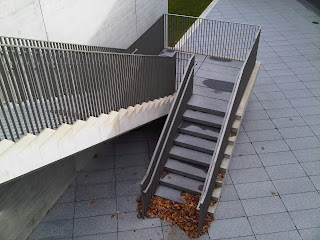 After a few weeks off due to traveling and a melted hard drive, back on schedule with a new EP called Wild Budgets that I think is frankly one of the best things I've done in weeks. It also has a bonus track from some recording I did a few days earlier to get things up and running again.
Here's the "cover".

In the interim, Chris Deaner and I also recorded a version of one of our songs from The Solitary Cyclist which will hopefully end up being the theme music for Saveur.com's Ask The Test Kitchen. I was disappointed that the fact that we were involved meant that there was no money to pay the legal fees for a version of R. Kelly's "Test In The Kitchen", but that's how it goes.
Posted by jlindaman at 10:37 AM